Entitlement & the erosion of the capitalist system in the USA started this recession. The ObamaNation is making it much worse. BO policies are the problem and do not even come close to being the solution.

The Nanny State of the ObamaNation aims to totally run the lives of all Americans. Democrats believe that people are too F'n stupid to take care of themselves. Democrats believe another FDR must come in and micro manage the lives of every single citizen. This take over is not being accomplished by force. BO was elected by millions in the November 2008 presidential election.

Unfortunately, the Democrats are correct about the "dumbing down" of America. We must admit that the majority of the country voted for a Collectivist Fascist and made him the President of the United States.

The time has come to admit that the voters of this country made a terrible mistake in electing BO. We must do something to avert the disaster that is sure to follow if we do nothing. The elections of 2010/12 will determine the fate of ALL the people who live in the United States.

Go out and buy this book. Its available in paperback starting today. Educated yourselves and stop the madness. 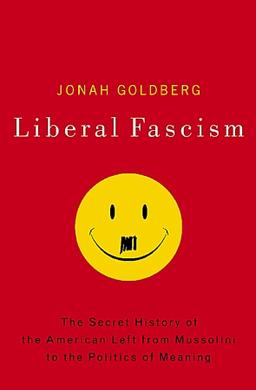 Carina K is a Twitter friend who I have had the pleasure of getting to know over the last couple of months. Her first single was released today and is available on iTunes. http://bit.ly/8vqiK  Carina K is a 100% independent artist who has been very busy writing all of the songs that will be included on her debut album. I admire her talent and work ethic. The Wolf wishes her the best of luck!
"Who Do You Think You Are " is an original song performed and written by Carina K .

Carina was born in Europe, in a picturesque small town in Poland near the German border. After having her amazingly talented father in her life for only a few years, he passed away in a tragic car accident. She and her mother moved to New York and she spent her formative years there as a curious, and creative child.

Carina K is an incredible singer with a strong passion for all forms of music. She is trained classically in Opera and Broadway, but her commercial efforts are strongly rooted primarily in the Pop/Rock genres. Rather than glumly waiting around to be ‘discovered’, she ‘discovered’ herself, embracing being an independent Artist, and finds great satisfaction in being involved with EVERY aspect of music making and performance. She is an unstoppable force rising up in the music scene and will be the first huge independent success.

Because of her research in the music industry she has determined it’s best to go it alone and do things independently of the record labels. There has yet to be a ‘Britney’ or ‘Christina’ sized success story that is Independent, but Carina Is determined to be it! Although she will need your help to do so!! So please consider volunteering to help! Even though she is one of the most popular people on Twitter, everyone there knows Carina is always there to talk directly to her friends and help out in any way she can. So if you want to help, just let her know! She would love to hear from you! She is happy to have such great supportive friends and cherishes each and every one of them!

Here is Carina K's first music video.  (Of course the Wolf is a big fan of the Las Vegas opening!